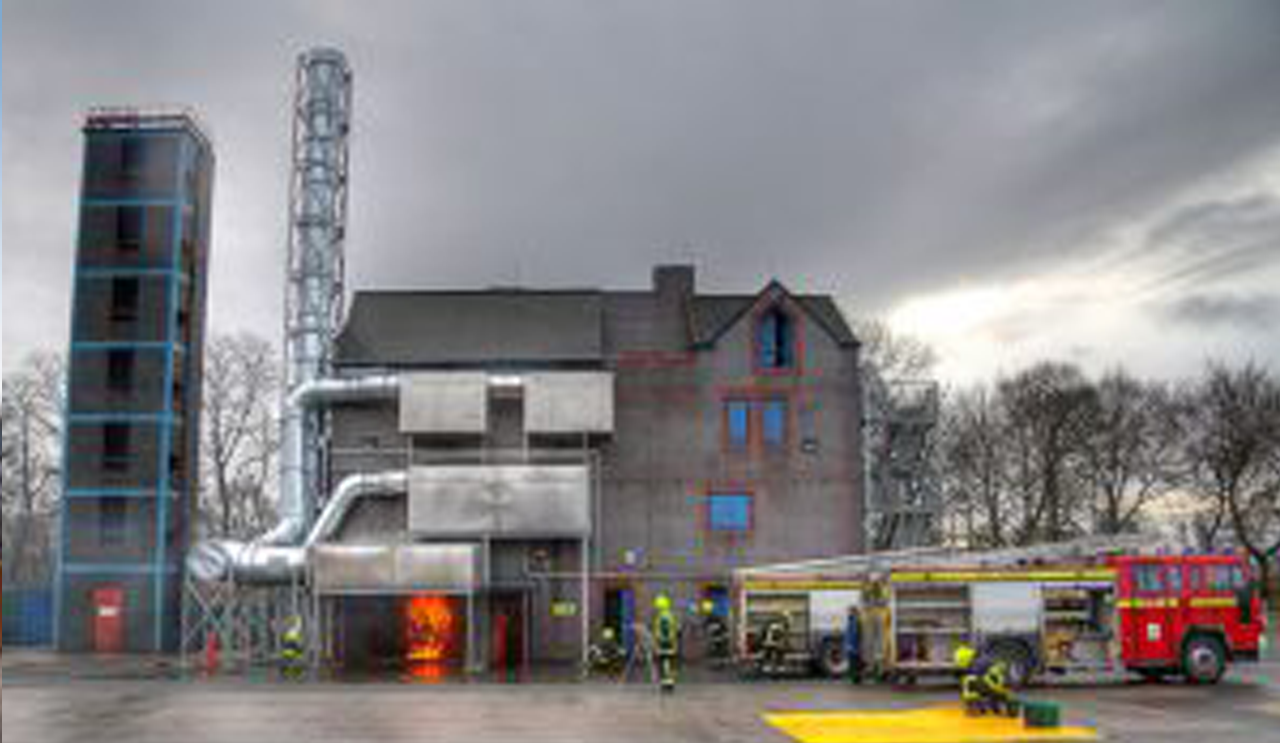 Robert Whetham Associates (RWA) was commissioned to undertake this work given that we had designed the original works in 2010. We carried out the full detailed design of the mechanical and electrical services. This included the extension of the existing system to incorporate a fire attack box, a temperature monitoring and alarm system, input fans, CCTV, new lighting and E-stop system.

As the M&E services works were the largest part of the works (approx. 70% of the project costs), we generally took the lead and provided advice to the Project Manager and the design team. Our brief was to engineer a system capable of fulfilling the design requirement of extracting as near as possible to 100% of the smoke and combustion products generated during all scenarios used in training sessions and discharging to the atmosphere in compliance with acceptable environmental criteria and air quality standards. We consulted with the Regulating Authorities including the local Environmental Health Department and Kirklees Council and the Health and Safety Executive. We designed the system to comply with the requirements of the Clean Air Act -1956, 1968, 1993 and associated documents and British Standards.

The project was finished on time and within budget.

RWA’s design provided the Fire Authority with an enhanced smokehouse that included more training scenarios and safety features. The building was fitted with a temperature monitoring and alarm system to provide a safer environment for the firefighters, together with an e-stop system to enable trainers to be alerted if there was an issue during a training exercise. CCTV was provided around the perimeter of the building to give the trainers an overview should there be an issue during a training exercise.